ActionCOACH ranks as the best B2B franchise in the UK

The world’s number one business coaching team, is celebrating after being officially named the top B2B franchise in the UK. This is the fifth consecutive year ActionCOACH has finished in the Elite Franchise Top 10. Franchisors are judged on their franchisee support packages, contribution to the franchising industry, charitable endeavours and overall longevity and financial performance. Through their continued dedication to their 200+ franchise partners around the country and commitment to innovation, ActionCOACH has cemented their place in the UK’s top three franchises.

The Elite Franchise Top 100 recognises franchisors for their ongoing support of their franchisees, their position in the marketplace and future plans and strategy for the business. Judges rank the brands according to a broad range of criteria, with all components of the franchise package facing detailed scrutiny. To be awarded such a high ranking highlights how ActionCOACH excels in all of these areas.

“Placing highly is something to be unbelievably proud of. This year we have judged on our eight key criteria, as well as the frameworks in place to manage the challenges of the pandemic and long-term planning that has yielded so much success. This brand has wowed us with their attitude and innovation – they deserve enormous congratulations,” said Scott English, Brand Director of Elite Franchise.

“Each year, the ranking becomes more competitive, and this year has been no exception. Narrowing down from hundreds of entries, the list showcases franchises who have continued to provide the finest services or products, alongside significant support to their networks of franchisees. The 2022 EF100 list shows the best that the British franchising industry has to offer,” added Scott. 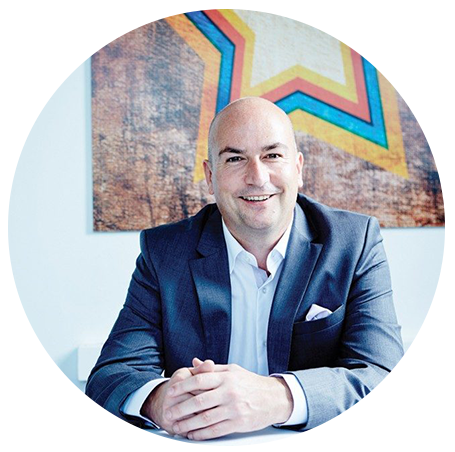 Ian Christelow, ActionCOACH UK Co-founder, is thrilled for the franchise and its support team to receive yet another professional accolade, “This ranking confirms what we in the ActionCOACH community know so well – we offer the most amazing business opportunity; transforming the lives of our franchisees who have the opportunity to transform the lives of their team members. They in turn, with the power of ActionCOACH’s 3,500+ business growth strategies & tactics, the help of their UK support team and network of franchise partners, transform the fortunes of their clients’ businesses and lives.

“There’s an upper echelon of franchises who have been rated 5-Star for Franchisee Satisfaction every year from 2013 to 2021 – ActionCOACH, Puddle Ducks, Right at Home and TaxAssist. However, there’s only one franchise that can also say they have made it into the top 10 of the Elite Franchise Top 100 league table every year since the ranking began in 2018. I couldn’t be prouder of the consistency of excellence and continual improvement which our UK support team delivers for our franchisees and clients.”

Could you become a business coach?

How Much Does a Business Coaching Franchise Cost?