Double H Nurseries was established in 1961 and now grows 4.5 million house plants each year which are sold throughout the UK’s supermarkets. Growing really is their business but in 2013 their profitability took a hit and they decided that they needed some help. 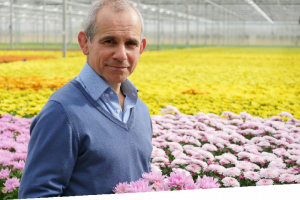 Neil Stevenson joined his father’s business Double H Nurseries in 1991 and took over the family business in the late 1990s.

“I followed an engineering career straight from university but, after completing my graduate scheme, I decided to join the family business. My father was running several ventures and so we had a somewhat unstructured handover of the reins over a 7-year period.

“At Double H Nurseries, we grow flowering house plants, package them for gifts and supply to them to supermarkets all over the UK. Our business has completely transformed in the last 25 years. Distribution was much more localised back then through florists and garden centres but as supermarkets began to take over the retail landscape, we began to sell to them in large quantities and they would distribute across their networks for us.

“In the last decade, we had invested heavily in the most modern house plant production facilities in the UK and Double H Nurseries were voted Bedding and Pot Plant Grower of the Year in 2009. But despite all of our innovations and efficient manufacturing practices, in 2013 the business made a £400,000 operating loss and I could see that we needed to make changes to get back into profit and that it would take a strategic facilitator to help us identify what those changes might be.”

“One of my friends is an ActionCOACH business coach but he lives too far away and, so, I was recommended a more local ActionCOACH. I realised that I knew him 25 years ago when he had worked for the firm of accountants that we employ. It was great to know that he already had some knowledge of our business before we started.”

“We chose to conduct our first strategy review away from the Double H Nurseries office in August 2013. Our coach worked with our senior management team identifying where we were fundamentally going wrong – the root causes of how we were losing money. It was only supposed to be a one- off exercise but we all found it very useful. At that point we committed to one-on-one coaching for me, to take us through a full strategy review, plus some training for the rest of  the senior management team.

“One of the key things we uncovered during that first session was that we realised that we had been diverted from our core business because of requests by customers. We agreed that we needed to strip the business back to focus on what we are really good at and just do more of it. If any of you have read “Good to Great” by Jim Collins then you’ll know what I’m talking about and for those of you who haven’t then I really recommend the book!

“We set about restating the company’s purpose, re-wrote our company values and communicated it to everyone. We started to use 90-day GrowthCLUB plans with our management team and this gave each team under them targets to buy in to. It gives the people working in our business priorities and the structure to work to so they can review progress on a quarterly basis. This is something that will continually develop but, so far, it has given great focus.”

“Our sales and marketing director was coached for 12 months and we then broadened this to level 3 staff who needed to take on the delegated tasks from our senior management team. I’ve realised that communication needs to freely cascade up and down our teams as Double H Nurseries grows.

“I’ve continued my one-to one coaching on a monthly basis. Personally, that has helped me to prioritise my time in the business – not just work harder but smarter, identify what is high value and focus on those tasks. I have a strong personal vision of what the business needs to do to grow. I went to see the founder of ActionCOACH, Brad Sugars, at a seminar where he described the management ladder – the work and behaviors of a start- up entrepreneur, middle-stage manager and an owner/ investor. It really gave me an insight into how to develop my job and the team around me.” 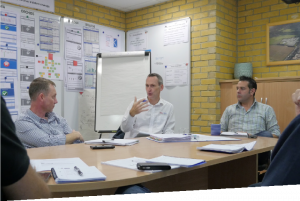 The results so far

“In the past 18 months, I’ve stepped away significantly from day-to-day work in the business which means that I’ve had to fill that gap through my managers stepping up and, in turn, they’ve had to delegate more to their teams. Before the coaching started, I was working more than 50 hours a week in the business. Our coach got me to set personal objectives as well as those for the business and one of mine was to have a better work-life balance. In addition, I have a firmer plan of succession and retirement and I’m on track to achieve that.

The future for Double H Nurseries

“This is a long-term vision for me, the business has been growing and changing since 1961 when my father was at the helm for over 30 years and I want to make sure that we continue to be a growing business in every sense for another 30 years. We’ve achieved a lot over the last few years but our improvement is ongoing, we’ve still got more to learn and we have a lot more do!”

“Neil had already taken over from his father and made significant changes at Double H Nurseries before I started working with him. But he had become ensconced in the daily grind rather than focusing on leading the business. One of  key aspects to business people like Neil, is to show them that their situation is not unique. ActionCOACH as a whole looks after about 10,000 businesses and they all share similar challenges in growing, making more profits and, ultimately, having more time to enjoy the rewards.”

“I love working with people like Neil as they are clear on their goals and are very quick to put their learnings into practice. There is nothing better than seeing a client turn their business around and then set new goals for even greater success.” 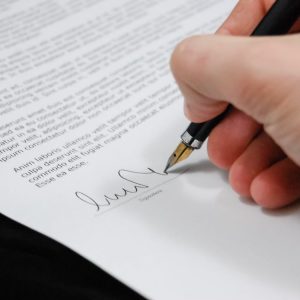 £130,000 of Savings in One Year Thanks to PlanningCLUB 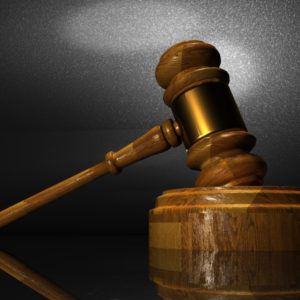 Spending a Month Out of The Business, Now Confident Again