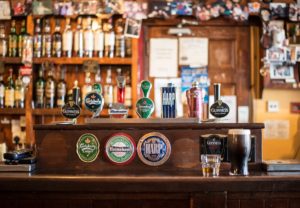 What has happened to customer service in the hospitality industry? Has it disappeared or is it alive and well with just pockets of inhospitable service?

Hospitality, means the “cordial and generous reception of, or disposition toward, guests”. That’s not the experience I had yesterday at a local hostelry.

I ordered drinks and when I received my change, I was told there wasn’t the right change in the till so I was being short-changed.

My initial reaction was to accept it, after all I’d heard other customers being told there wasn’t the right change in the till. But a fraction of a second later, I questioned it. Why should I receive short change? This wasn’t my problem, this was theirs. What would happen if I said to them that I didn’t have the right money so I would have to underpay for my drinks?

The response I got was that it was impossible to give me the right change so I would just have to accept it. I asked why they couldn’t over-change me instead of under-changing me and I was told that was impossible too because that would put the till balance out. The member of staff didn’t seem to understand that under-changing me was putting the till out as well. Actually, it seemed to me, that wasn’t their concern – of more concern was the fear of having their wage docked if the till was under (but it’s absolutely fine if the till is over at the end of the night).

This started to raise all sorts of questions for me about the management of this bar and the culture of the business.

But it got worse!

The bar staff accused me of becoming argumentative. Well, absolutely, I was arguing my case. And then she walked off leaving me without drinks and short-changed. Not knowing what was happening, I asked the other member of staff to either give me my drinks or to give me my money back. His answer was, “it’s not my problem, I didn’t serve you”. Pressing him further, he reiterated, it was “none of [his] business” and “I’m not getting involved”.

What was going on in the culture of this business?

Eventually, a manager came out from the back office, took some change off a shelf behind the till (presumably from tips), put it on the bar and said “there, I’m paying you out of my money”.

A cordial and generous reception it was not and even worse, the culture of this organisation was discouraging, perhaps inadvertently but discouraging nonetheless, such an attitude towards customers.

There are all sorts of ways this could have been handled better than systematically short-changing customers. They could even have turned it into an opportunity to turn me into a raving fan. Instead, they have lost a customer, I’ll never drink there again, and created a detractor (while I will resist naming and shaming online, I won’t hesitate to tell others not to frequent this establishment).

It’s a lesson to us all to be aware of how are management practices, culture and training may be inadvertently degrading our customer service and diminishing our profitability. We can’t always blame our employees for a poor customer experience. We have to look at the systems, not just the people.

There’s more I could say, but I’m going to step off my soapbox now and let you fill in the rest from your own experiences of customer service.